Golestan Province is located in the north-east of Iran, south of the Caspian Sea and Gorgan as the capital. As we may know Golestan is one of the 31 provinces in Iran and in 1997, was split off from the province of Mazandaran. Goles­tan comprises of 20,380 km² with total of 1,777,014 in­habitans with the distinction of 6 ethnics living in this province such as: Persians 43%, Turkmens 33%, Tour­kis 15%¡ Zabolis 5%, Balluchis 4%, and Others 1%. The Persians stay as the native and other ethnics are consid­ered ethnic immigrants in the past.

Like Gilan province thar has beautiful nature land­scape, Golestan, geographically divided into two sec­tions, the plains and the mountains of Alborz range and it is spoiled by mild weather and a temperate cli­mate most of the year. Geographically, it is divided into two sections: The highest point of mountain is located in Shavar province with a height of 3,945 meters.

The Turkmens reside in the north of the province, a plain called Turkmen Sahra. From the 15th century, these formerly nomadic people have lived such as Gon­bad-e Kavus and Bandar Torkaman, Gorgan, Ali Abad, Kalaleh, Qezelbashs and Kurds.. Turkmens are Mus­lim and follow Hanafi school of Sunni interpretation.

Other ethnic groups such as Qezelbashs, Ka­zakhs, Georgians, and Armenians also reside in this area, and they have preserved their own tradi­tions and rituals.

The folk music of Turkmen appears in Bakhshi and Baghshi rhythms. A two string lute called Dotār is widely used to create those rhythms. There is a local dance called Jazjar. Common handicrafts of the province include carpet weaving, silk weaving, needle works, felt mak­ing, etc. Based on archeological findings in the ancient hill of Torang Tappe, the civiliza­tion in the province dates back to 3000 BC. 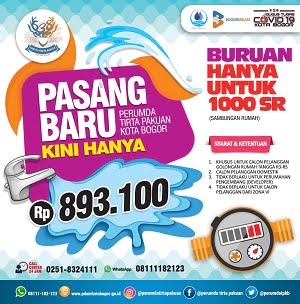 Bogor, The Most Lovable City