Mr. Muztahidin Al Ayubi’s life is like stories that are often told by our grandparents in the old days, that someone who is tena­cious, unyielding and patient, will become wealthy. Happi­ness after painful. Muztahidin must ever dreamed of being a successful person and lack­ing of nothing in his life. The dream would make someone more eager to face the life, no matter how hard because someone will definitely want to realize his dream.

He was born in Bantar Kambing on May 2, 1963, Muz­tahidi probably never thought that his success can be so in­tense after suffering and dis­tress so then it was paid off with what he already has had at the moment.

Muztaidi was laborious even working as kids labor at his very early teens; selling plastic bags and porter in Pas­ar Anyar, Bogor. This flamboy­ant man never forgets where from he came from. Having high spirits and want to be a successful person pushing him to do any work here and there. Teaching is his hobby and had been already attaching in his stature. Having bad experi­ence and limitation in financial support since he was little boy, he is now the Chairman of the Education Foundation of Bo­gor Centre School (BORCESS). Kang Muz, should be proud seeing the rapid progress of his Foundation.

BORCESS is located in Bo­gor Regency and adjacent to Bogor municipality. Kang Muz, he used to be called is always walking around every day checking the buildings and fa­cilities. For him, education is very important for people to compete in the world and is part of positive things that can be beneficial to the student in the future.

BORCESS not only pro­vides classes for their students, but almost all major facilities that are of the interest to ma­jors studens such as support facilities like swimming pools, GOR, fitness room, and more so that students are not wan­der outside the school after hours of study, all qualified and all free of charge and par­ents and teachers feel more secure. Parents are no longer burdened with costs that make a frown and makes it very dif­ficult to sleep.

Apparently what has been told by Muztahidin was also agreed by Mr. H. Tubagus Ahmad Lutfi Syam who now serves as the new Chief Officer of Educationin the Regency and this 11th August 2016, he shall complete his three (3) months of work performance. In brief words, Ahmad Lufti Syam said that all problems can be solved by education, if someone is well educated, he can find the way for the solution. To Bogor Today, he delivered the message that to build the country, it needs a lot of creative, innovative, hard working and sincere people in running the job.

The event that was attended by thousands in­vitation, were divided in two session that Sunday, August 7, 2016, and it took place in the cine­ma hall with a capacity of 400 specta­tors. The par­ents came to get a briefing from the Chairman of the Foun­dation as well as socializa­tion for Briva banking program which was supposed attend­ed by Mr. Ismael, head of BRI Warung Jambu Branch and it was represented by Ms. Sri J.

BORCESS starts to build the cooperation with the bank in order is to sup­port their students’ ability to practice in banking trans­action where within the next 6 months there will be a counter of BRI in the school and is ex­pected to facilitate students and par­ents who live most­ly in the remote area where there is no Banking facility. 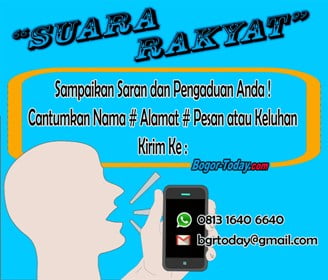 Belgium is always in the heart of Indonesian